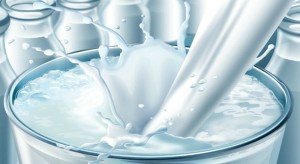 Milk is very important due to its special nutritive value and important role for human and animal health. Adulteration is practiced either to substitute cheaper ingredients in milk in order to earn more profit or to impress the buyer to think the product is more valuable or of better quality. Adulteration is a process, in which quality of the milk is deteriorated by adding water or any other supplement into it. A Glass of 250ml of unadulterated milk encompasses 146 kcals; 8gms of fat and protein alongside 257mg of calcium. Calcium and other supplementary vitamins and minerals in milk make it a vital portion of a healthful diet for people of all ages.

According to reports of Indian Council of Medical Research, “milk adulterants have hazardous health effects. The detergent in milk causes food poisoning and other gastrointestinal complications. Its high alkaline level can also damage body tissue and destroy proteins.”

Milk is most commonly diluted with water – this not only reduces its nutritional value, but contaminated water can also cause additional health problems. Other synthetic adulterants used are mainly starch, sodium hydroxide (caustic soda), sugar, urea, hydrated lime, sodium carbonate, formalin, and ammonium sulfate, and these adulterants may causes impairment, heart problem, cancer or even death. While the immediate effect of drinking milk adulterated with urea, caustic soda and formalin is gastroenteritis, the long-term effects are far more serious and are discussed in coming text.

Urea can lead to vomiting, nausea and gastritis; it is particularly harmful for the kidneys. Formalin can cause more severe damage to the body like liver damage. Caustic soda harms the mucosa of the food pipe, especially in kids. The chemicals which contain sodium can act as slow poison and prove dangerous for those people who are suffering from hypertension and heart ailments. Impact of drinking milk adulterated with these chemicals is worse for the health of children.

Food Safety and Standards Authority of India (FSSAI) in January 2011, collected samples from different cities throughout country, which revealed a shocking truth that; out of total 1,791 random samples taken 1,226 samples, were found not fit for human consumption. It means on national level 68.4 percent of milk samples were found adulterated. In states of Uttarakhand and Uttar Pradesh 88% of milk samples were found adulterated. The above mentioned study clearly indicated presence of adulterants like fat, ‘solid not fat (SNF)’, sugar, starch, urea, detergents, formalin etc. in milk samples.

Section 272 of the Indian Penal Code states: “Whoever adulterates any article of food or drink, so as to make such article noxious, shall be punished with imprisonment of either description for a term which may extend to six months, or with fine which may extend to one thousand rupees, or with both.”

In a PIL filed by a group of citizens, led by Swami Achyutanand Tirth of Uttarakhand, a bench headed by Chief Justice S H Kapadia recommended the Centre and the state governments of states to amend the sentence from six months to life imprisonment and also sought framing of a comprehensive policy on the production, supply and sale of healthy, hygienic and natural milk. Amongst all Indian states, Uttar Pradesh, Rajasthan, West Bengal and Odisha had already made adulteration punishable by life imprisonment.

Rajasthan claims that, it contributes almost 12.5% of the total milk produced in the country; and state punish imprisonment of upto six years along with a heavy fine upto Rs 6 lakh. There are also provisions for life imprisonment in case, if someone dies due to adulteration in food products.

Orders of apex court for increasing the punishment for milk adulteration from maximum three years to life imprisonment, and the amendment in the production and supply of the milk products, are appreciable and should be considered seriously by states throughout country. Suggested amendment will help in decreasing adulteration in milk for sure.