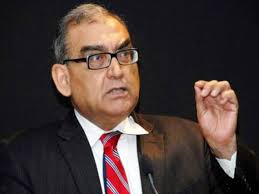 Justice Markendey Katju is again in the news, but this time it is not related to the appointment of Judges. Justice Katju had to say that the judicial supremacy cannot be based on the law of kings in a democracy.

What once started as a consequence of supremacy of the King in England turned out to be a law in the Democracy of India. However, in a democracy like India the people/citizens  deserve to be considered supreme. The role of the government functionaries is not to penetrate fear in the minds of the citizens and is rather to protect the administration of justice.

Hence in a democracy there is no need for the judges to vindicate their authority or display pomp and majesty.

Citing the words of Lord Atkin – “Justice is not a cloistered virtue. It must suffer the scrutiny and outspoken comments of ordinary men”.

Read the referred article for deeper insight at http://blogs.timesofindia.indiatimes.com