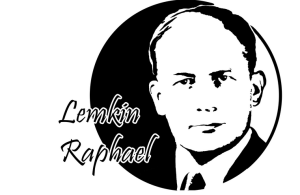 Essay may be written in the context of legal, political, historical, cultural, economic or any other issue connected to genocide.

We live in times of kaleidoscopic historical change when international law and settled after World War II world order once again find themselves threatened and become as the object of flagrant violations. The issue of responsibility of particular subjects of international relations and specific individuals for outright criminal actions that harm the civilized humanity is actual and raised once again.

In this regard, Ukraine based NGO “Society Initiatives Institute” seeks to eliminate embarrassing information void in the social, cultural and spiritual spheres, formed around the figure of the scientist, lawyer, expert on international law Raphael Lemkin, scholar who created and implemented in the broadest scientific and legal usage, the term “genocide.” A true cosmopolitan, Polish lawyer, with Jewish descent, born in territory of modern Belarus, who studied in Ukraine and Germany, before working in the universities in USA, he was writing about the genocide of Armenians, Assyrians (also known as Syriacs) and Jewish People.

It was his efforts which led the term to be entrenched in Convention on the Prevention and Punishment of the Crime of Genocide adopted by Resolution 260 (III) A of the United Nations General Assembly on 9 December 1948. Also back in 1953, in his speech to the New York audience “The Soviet genocide in Ukraine”, Raphael Lemkin, was the first to recognize and speak about the crimes of the Stalinist Communist regime against the Ukrainian people, analyzing it in the context of international law.

The theme of the International Essay Contest is “Genocide – the dark mark of humanity”.

The contest is open to all interested around the globe.

The winners will be selected by the Committee established by Society Initiatives Institute consisting of board members and scholars not more than two weeks after the deadline of essays submission.

The best essays will be published on web-pages of organization and its partners.

Each contestant can submit only one essay developed in English, Ukrainian, Russian or Polish. It must reflect the contestant’s own writing and original thinking. The Committee will disqualify any essay where plagiarism is suspected.

Essays and all questions should be sent to [email protected]

The deadline for submission of an essay is 30th of November, 2014.